The Dictator’s Handbook – How to Overthrow Democracy

The report examines the status of liberal democracy and its international development, the deterioration of the rule of law and authoritarian societies. Russia, Belarus, Poland and Hungary have each, in their own way, let liberal democratic decision-making slip into non-existence; the countries examined in the report have given reason to name the report the dictator’s handbook.

When liberal democracy begins to slip into autocracy, it doesn’t happen overnight. Not just by appointing judges, hijacking the media, expelling the opposition, falsifying elections, corrupting the military. It happens gradually, step by step. So that soon all the people will believe that it is good to give power to the one and only; to the dictator.

The report of his grim name has not been written for dictators. It is written as a defense of democracy.

The Dictator’s Handbook - How to Overthrow Democracy 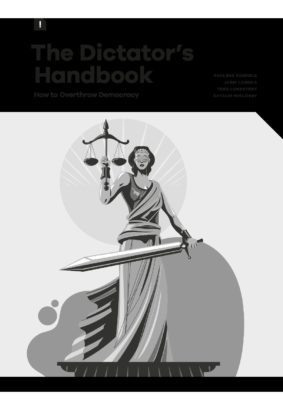 We’ll join if it gets serious

The Future of the Euro – the Options for Finland

Analysis: Management and Morality – An Overview