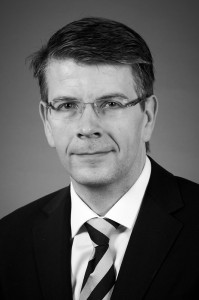 Libera’s guest of the week D.Sc. (Econ.) Mika Vaihekoski is a Professor of Finance at the University of Turku’s School of Economics. He graduated from the Hanken School of Economics in 1999. He was first appointed Professor of Finance at the Lappeenranta University of Technology in 2004 and later in 2013 at the University of Turku. His research interests particularly include issues relating to the pricing of shares and corporate financing. In his free time, he is interested in tennis and other mixed forms of exercise, including ballroom dancing.

“In the medium term, I would say the subsidiary company economy and attitude. By this I mean, in a slightly wider sense, that there is too much reluctance towards growth, a sense of smallness of scale and a desire for comfort associated with us Finns. We fear competition and thus support mediocrity. On a corporate level, we prefer to wait that some company will come from abroad to buy us up rather than us being the one who goes and buys competitors abroad. In addition, too often our sphere of experience is weighted towards the domestic market. As an alternative I see companies which are desirous of, and hungry for, growth. These companies employ the best employees; proficient people who have a motivation to grow and succeed. These companies actively seek capital for growth and thereby spread out risk. These companies seek to be the number ones in their field globally and not just in Finland.”

“We have the basic building blocks in place: there is sufficient know-how, and capital. Young people today have even more international experience and perspective than before. If we just got people to give their best as well.”

Which one thing would you change at once?

“I would hold new parliamentary elections. Even last spring, I was thinking about how new elections and new thoughts would be appropriate.”